Why are we Dying of Cancer? 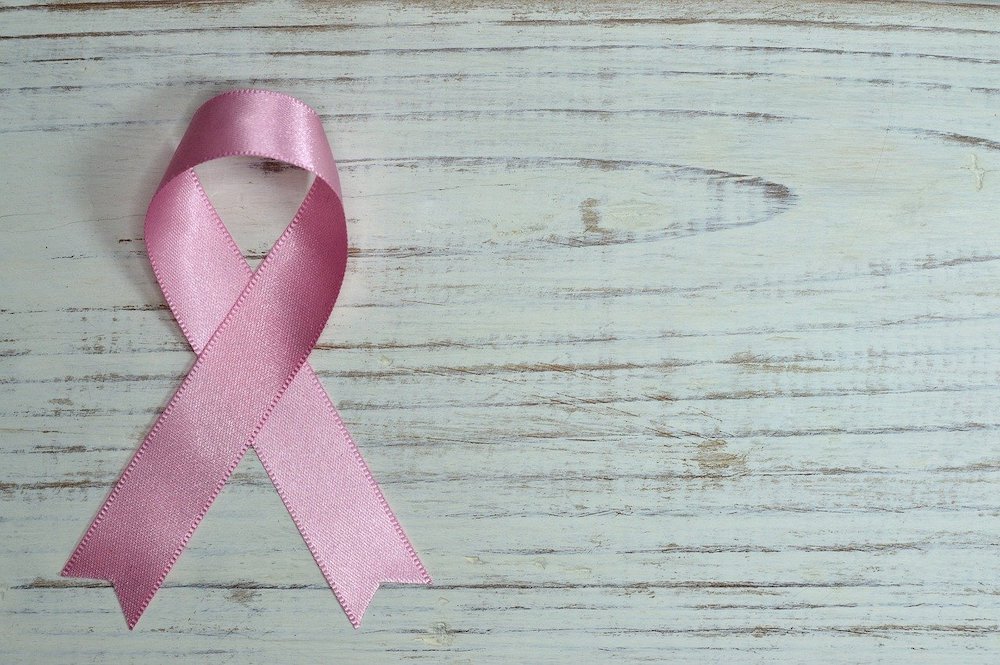 One of my relatives was recently diagnosed with prostate cancer. Another family friend was just diagnosed with non-Hodgkin lymphoma. They are both in their 70’s and live in Japan where cancer appears to be the number one leading cause of death.[1] What is the cause of cancer?

According to the prestigious Mayo Clinic: “In most cases, doctors don’t know what causes non-Hodgkin’s lymphoma.”[4] We do know that genes (genetic defects inherited from parents) only account for about 5-10% of all cancers.[5] We also know that genetics don’t cause epidemics.[6]

I think it’s odd to say “we don’t know what causes cancer”. We know fully well that carcinogens cause cancer, by definition. I would argue that cancer is a modern epidemic, and that the primary cause of cancer is carcinogens now ubiquitous in our environment. If our environment weren’t filled with carcinogens, we wouldn’t be dying of cancer at such high rates.

But sadly, carcinogens are all around us. Many of these carcinogens are man-made. I would contend that Mother Nature did not intend for us to die of cancer. We humans are responsible for the epidemic rates of cancer we are now witnessing. Let’s look at just a small handful of common carcinogens plaguing our world today.

Glyphosate is the main ingredient in the weed killer Roundup manufactured by Monsanto (now owned by Bayer). The International Agency for Research on Cancer (IARC) has classified glyphosate as a probable human carcinogen.[7] Glyphosate is the most widely used herbicide in the history of the world with over 3.5 billion pounds applied in the United States alone.[8] Glyphosate-based herbicides have been found to increase the risk of non-Hodgkin lymphoma.[9] [10]  Even the Mayo Clinic’s website admits: “Certain chemicals, such as those used to kill insects and weeds, may increase your risk of developing non-Hodgkin’s lymphoma.” Breakfast cereals, granola, snack bars, and even vaccines have been found to be contaminated with glyphosate.[11] [12]

Monsanto also manufactured DDT – an insecticide classified by the IARC as a probable human carcinogen. My mother tells me that, as a child living in Japan, they used to put DDT on schoolchildren’s scalps to kill head lice. DDT exposure has been linked to Alzheimer’s disease, and pesticides have been convincingly linked to increased risk for Parkinson’s disease[13] (my Japanese uncle’s wife recently died of Parkinson’s).

“The presence and persistence of DDT and its metabolites worldwide are still problems of great relevance to public health. Due to its stability and its capacity to accumulate in adipose tissue, it is found in human tissues, and there is now not a single living organism on the planet that does not contain DDT… there is convincing experimental evidence for the carcinogenicity of DDT”[14]

After 1945, agricultural and commercial usage of DDT became widespread in the United States where approximately 1.3 billion pounds of DDT was used domestically.[15] Curiously, DDT’s heavy domestic use after World War II coincided with the polio epidemic of that time. Some have theorized that DDT made people more susceptible to the negative effects of the polio virus which typically results in paralysis in fewer than 1% of infected children.[16] [17] The polio vaccine has been heralded as a miracle of medicine.[18] What is often omitted from its story of sheer glory, is that tens of millions of Americans were inadvertently infected with a cancer-causing monkey virus that contaminated polio vaccines.[19]

“From 1955 to 1963, an estimated 10-30% of polio vaccines administered in the United States were contaminated with simian virus 40 (SV40). The virus came from monkey kidney cell cultures used to make polio vaccines at that time.”[20]

Studies suggest that SV40 may be contagiously transmitted in humans by horizontal infection, independently from the earlier administration of SV40-contaminated vaccines. SV40 in humans has been associated at high prevalence with brain and bone tumors, lymphomas, and mesotheliomas. Research also suggests that SV40 and asbestos may be co-carcinogens in the onset of mesothelioma.[22] Some of Johnson & Johnson’s baby powder products have been contaminated with asbestos – a known human carcinogen – for decades.[23]

Human fetal cells were first used in vaccines at around the time that researchers found that monkey kidney cells were contaminated with SV40 virus. MRC-5 and WI-38 cell strains, derived from aborted human fetal tissue, are used in the manufacture of some vaccines, such as: hepatitis A; rubella (one component of MMR); varicella (chickenpox); and some rabies and polio vaccines.[24] Human DNA fragments from these cell strains end up in the final vaccine product.[25] Other vaccine ingredients like formaldehyde (used to inactivate viruses) are known carcinogens. Nevertheless, vaccines are generally not evaluated for their carcinogenic potential or their potential to impair fertility, as can be seen in Section 13 of vaccine package inserts.[26] More research is needed to ascertain the potential carcinogenicity of various vaccines.

PFOA (also known as C8) is a chemical that was used by DuPont in the production of non-stick Teflon. It is referred to as a “forever chemical” because it is very persistent in the environment and the human body. It’s been reported that between 1951 and 2003, 1.7 million pounds of PFOA were dumped, poured, and released into the environment from DuPont’s Washington Works plant in West Virginia.[27] CDC scientists have found PFOA in the blood of nearly all people tested, indicating that PFOA exposure is widespread in the U.S. population.[28] According to the C8 Science Panel, PFOA exposure is probably linked to: kidney cancer; testicular cancer; ulcerative colitis; thyroid disease; high cholesterol; and pregnancy-induced hypertension.[29] Two films, Dark Waters (a feature length movie) and The Devil We Know (a documentary), tell the true story of how DuPont knowingly poisoned local residents and the environment with PFOA.

The company 3M produced both PFOA and PFOS – a key ingredient in their stain-resistant Scotchgard product. These chemicals have been used in everything from firefighting foam to fast food wrappers and microwave popcorn bags. According to the Environmental Working Group (EWG), up to 1 million pounds of PFOS waste were dumped in the Tennessee River each year. EWG also states that a 3M study of employees at a PFOA plant found twice as many deaths from prostate cancer compared to the general population.[30] Both PFOA and PFOS have been phased out of production in the United States, and replaced with similarly toxic substitutes like GenX and PFBS.[31]

Dioxins are poisonous chemicals that, similar to PFOA and PFOS, do not readily breakdown in the environment. The IARC classifies dioxins as a known carcinogen. According to the Environmental Protection Agency (EPA), dioxins are highly toxic and can cause cancer, reproductive and developmental problems, damage to the immune system, and can interfere with hormones.[32] Agent Orange – a defoliant used heavily in the Vietnam War – contained dioxins which are responsible for its deleterious toll on human health.

Polychlorinated Biphenyls (PCBs) are a dioxin-like substance and known human carcinogen. Approximately 1.3 billion pounds of PCB’s were produced in the U.S., nearly all of it manufactured by Monsanto.[33] PCB’s were used in hundreds of industrial and commercial applications until they were banned in 1979. It has been estimated that PCB’s still contaminate classrooms in more than 13,000 schools nationwide.[34]

Other studies have shown radiofrequency electromagnetic fields (RF-EMF) can induce oxidative stress, and that chronic oxidative stress in humans is involved in the onset and progression of several cancers.[38] Nonetheless, the seemingly imminent roll out of 5G is throwing caution to the wind even as cancer continues to grow and spread unabated amongst our friends, our relatives, our pets, and ourselves.

Cancer generates hundreds of billions of dollars in revenue each year. Incredibly, conventional medical interventions used to diagnose and treat cancer are often cancer-causing agents themselves (e.g. CT scans, chemotherapy, radiation). According to Grand View Research, cancer is one of the leading causes of death across the world and prevalence of the disease has been escalating at an alarming rate. The global cancer diagnostics market alone was valued at $144 billion in 2018.[39] The global market for biologic drugs used to treat cancer is expected to grow by $40 billion over the next four years.[40] The global cancer therapy market was valued at $136 billion in 2018, and is estimated to be worth $220 billion by 2024.[41]

What can we do?

The first thing we need to understand is that carcinogens in our environment are the primary cause of cancer. Once we understand this, we can take action to reduce our exposure to these cancer-causing substances.

A peer-reviewed study found that 22 carcinogens commonly found in U.S. tap water could cumulatively result in over 100,000 cancer cases over the span of a lifetime.[42] We would be wise to invest in a water filter and avoid drinking straight tap water laced with “forever chemicals” and other carcinogens.

Eating organic food can help to reduce our exposure to toxic pesticides and herbicides like Monsanto’s Roundup. A study out of France found that higher frequency of organic food consumption was associated with a reduced risk of cancer.[43] This makes sense, because reducing our exposure to carcinogens should also reduce our risk of cancer. If you can’t afford to buy all organic produce, check out the Environmental Working Group’s Clean 15 and Dirty Dozen (produce that has the least and most pesticide residues, respectively).

Eat lots of fruits and vegetables

Get the sunshine vitamin

A study of 1.4 million adults found that leisure-time physical activity of moderate to vigorous intensity was associated with lower risk for 13 different cancers, including: liver, lung, kidney, colon, bladder, and breast cancer.[46] So, exercise also seems to reduce our risk of getting cancer.

The more we know, the more empowered we become, the better able we are to live a healthier life. There are many things we can do to reduce our risk of cancer. Reducing sugar and alcohol intake probably goes a long way in improving overall health and reducing cancer risk.[47] Drinking clean water, buying organic food, eating plenty of fresh fruits and vegetables, getting moderate sun exposure or taking a vitamin D3 supplement, and getting moderate exercise are all examples of ways we can proactively create greater health and well-being in our life, while simultaneously reducing our risk for cancer.

And while we do what we can on a personal level to protect our health, let’s also not forget to hold accountable the companies that pollute our environment with carcinogens that are killing our family, friends, and loved ones. 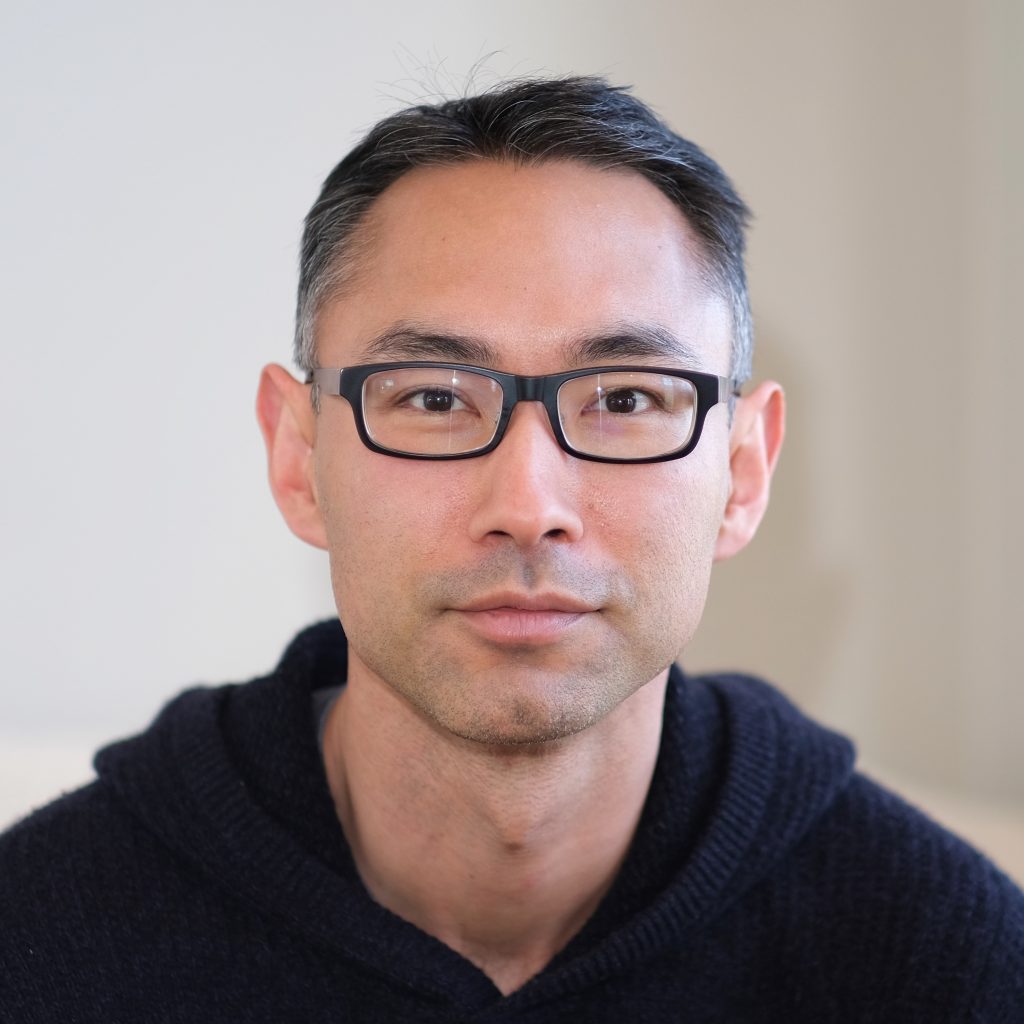